The new directorate members are:

“I am personally grateful to all three of these professionals for having taken on these jobs,” said SAMSI Director, David Banks. “It is especially critical during a NSF renewal cycle, and I look forward to working with them as we advance the SAMSI mission.” 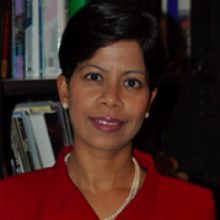 Dasmohaptra joined Duke in September 2017, where she has served as the Director of the Masters in Statistical Science Program. She had previously served at NCSU as an Associate Professor in Marketing Analytics at the Institute in Advanced Analytics. She has a well-established background in working with industry partners, government and non-profit organizations, as well as academia.

“I am very excited to join SAMSI to build and maintain a climate that fosters diversity and inclusiveness on an ongoing basis through collaborative relationships with a broad and diverse constituency,” said Dasmohaptra about beginning her new role at SAMSI.

Her research interests include: customer and marketing analytics, focused primarily on quantitative data analysis; data management; predictive modeling; and web and digital analytics, just to name a few. Sudipta hopes to continue the work in SAMSI’s diversity program that McClure began last year. Her focus as diversity director will be to further develop SAMSI’s diversity initiatives, identifying opportunities for under-represented groups to participate in SAMSI programs, workshops and special events. 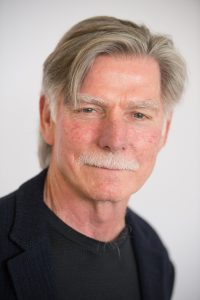 Greg Forest will assume the role of Associate Director vacated by former Associate Director and Director, Richard Smith. Smith, who was the Director of SAMSI since 2010, stepped down after David Banks took over as Director in January 2018. Smith then moved to an associate director position to help facilitate the transition before going back to academic research.

Forest has been at UNC-CH since 1996 and is currently serving as the Grant Dahlstrom Distinguished University Professor of Mathematics and Biomedical Engineering and also as Director of the Carolina Center for Interdisciplinary Applied Mathematics.

Forest’s research is focused primarily on biomedical technologies and how those enhancements can improve modern medicine. He is also heavily involved in nanoparticle drug strategies for human cancer; studying the correlations between mathematics and multiple applied science challenges; gaining understanding virology and immunology and much more.

Forest’s experience in this research will no doubt be vital in SAMSI’s 2018-2019 Program on Statistical, Mathematical, and Computational Methods for Precision Medicine (PMED) starting in August 2018.

Lastly, Mansoor Haider fills out the new list of recent appointees in the directorate at SAMSI.

“I am excited to join the SAMSI directorate and work with leading scientists from the triangle universities in order to advance SAMSI’s mission,” said Haider of his new appointment.

Haider is an applied mathematician who has been a member of the faculty at NCSU since 1999. His focus is on interdisciplinary research, primarily the application of mathematical and computational models to problems in the life sciences. In addition, Haider also served as Director of Graduate Programs for the Department of Mathematics from 2012-2016.

Haider, who is no stranger to SAMSI, has served as an organizer of numerous SAMSI programs and workshops. “I am looking forward to developing creative strategies for integrating SAMSI’s research programs with mathematical sciences training at all levels [postdoc, grad, undergrad],” Haider said.

Haider also serves as the current Chair of the Industrial Math/Statistical Modeling Workshop (IMSM) for Graduate Students (he has previously served as this committee’s chair in 2017 and 2004 and 2005). IMSM is a joint venture between SAMSI and NCSU that serves as an education and outreach opportunity for graduate students.

“I am particularly grateful to Ilse Ipsen and Richard Smith for their leadership in advancing the mission of our Institute,” said Banks of the outgoing directorate members.

“Ilse ensured the prominence of applied mathematics in the SAMSI portfolio through the creation and facilitation of several spectacularly successful programs, and through the recruitment and mentoring of outstanding postdoctoral fellows. Richard contributed hugely to SAMSI as well —he was the former director, and kindly agreed to stay on for an additional six months to facilitate the transition of new directorate members. Richard’s vision and stewardship ensured the survival of SAMSI, and did much to shape its current form. Both Ilse and Richard will be missed,” said Banks.

This new group of leaders will help to bring a fresh perspective on how best to advance SAMSI’s role in applied mathematics, statistics and the computational sciences. SAMSI staff welcomes these new members and looks forward to working together with them well into the future.