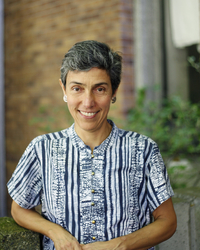 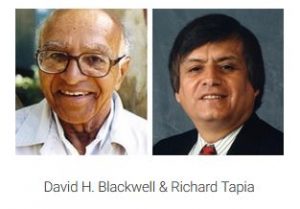 Description: Held every other year, the host rotates among NSF Mathematics Institutes. The conference and prize honor David Blackwell, the first African-American member of the National Academy of Science, and Richard Tapia, winner of the National Medal of Science in 2010, two seminal figures who inspired a generation of African-American, Native American, and Latino/Latina students to pursue careers in mathematics. The Blackwell-Tapia Prize recognizes a mathematician who has contributed significantly to research in his or her area of expertise, and who has served as a role model for mathematical scientists and students from underrepresented minority groups or has contributed in other significant ways to addressing the problem of under-representation of minorities in math.

Goals of the conference:

The conference is supported by the Alfred P. Sloan Foundation, the National Science Foundation, and the NSF Mathematical Sciences Institutes Diversity Committee